In the Orthogonal Viewer Tool these appear as:

These tools perform the following tasks:

All the tools listed above can run on the viewer. Consider the case of the Flip Image tool, as explained in the figure below. 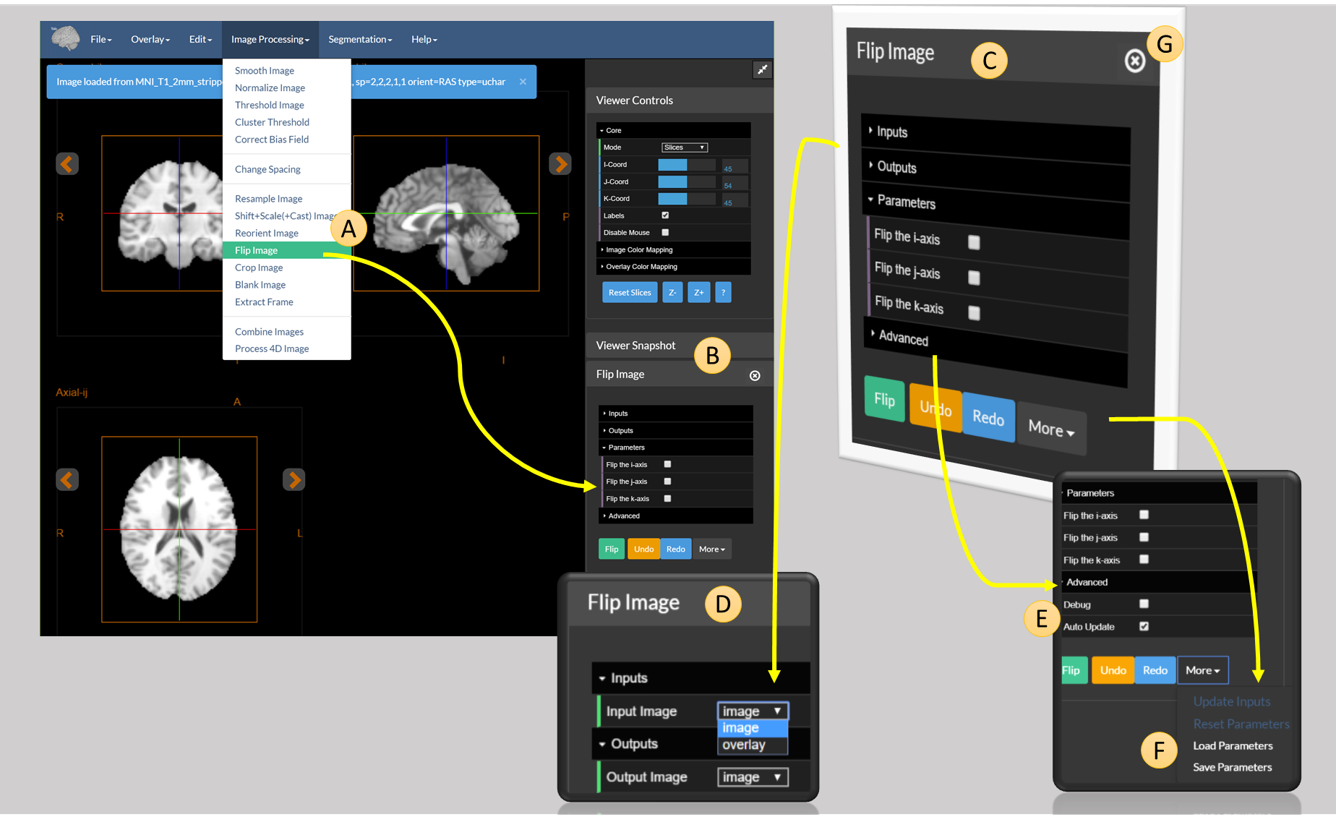 The tool is accessed using the Flip Image option under the Image Processing Menu (A). This opens the tool and places it in the viewer sidebar (B).

An expanded version of B is shown in C. The tool control consists of the following options:

Note: Outputs from a module will overwrite whatever is currently in their destination viewer. Be sure that you save your data as you go! Images can be moved from image to overlay and back, using the Advanced Transfer Tool, accessible under the Edit menu (see its section in the documentation).

The extra options under F merit some explanation. These are:

One advanced usage scenario is to configure parameter sets in the GUI (web-applications), especially for complex tasks, and to reuse these on the command line. The command line tools have a flag (—paramfile) that can be used to load all parameters from a such a parameter file and use them while running the module.

G highlights the close button. The sidebar can show only up to four tools (see the figure below). If an additional tool is opened, at this point, then the least recently opened module — in this case below Normalize Image — will be removed from the sidebar. The user may manually remove a control from the sidebar using the x button in its title bar.

Figure 2: A sidebar full of modules.

Figure 3: The input and output options in the dual viewer